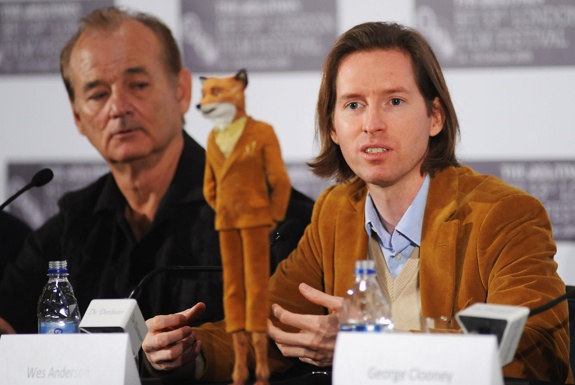 How does Wes Anderson make us fall in love with every one of his films? Yes, of course, he has his haters. “All his characters wear costumes and talk in monologues.” And they’re right, those things happen. But what makes the films heart-wrenchingly warm and poignant has more to do with what those characters are saying and why they look the way they do.

If we here at Spot Cool Stuff had to choose one movie that best describes the totality of Wes Anderson’s characters (which of course we must!), we’d have to say . . . The Curious Case of Benjamin Button. Indeed, it’s not even one of his own films. But just as Mr. Button lives his life in reverse, Wes Anderson builds his characters backwards. The chronologically older his characters are, the more Anderson emphasizes all of their childish insecurities, emotional immaturities, and non-trivial fascinations.

This purposeful spotlight on the juvenile forces the viewer to focus on the principle that each older character is merely a collection of all the previous younger versions of him or herself, and that we just happen to have met this character now, in our present. Royal Tenenbaum, the family patriarch played by Gene Hackman, proves to be by far the most immature member of a family that includes 3 biological children, 1 pseudo-adopted son, 2 grandsons, and a beagle. In Rushmore, Herman Blume, played by Bill Murray, becomes best frenemies with a 15-year-old student from a prestigious private high school, and then proceeds to battle him for the supposed affections of one of the Rushmore Elementary School’s teachers. Not exactly grown up behavior.

The actual children in Anderson’s tales are approached with a Sendakian sensibility. What most dismiss as the melodramatic bi-polar waves of passion that define the never-ending tide of childhood and adolescence, Wes Anderson depicts as moments of true, pure, and pricelessly untainted emotion. While Moonrise Kingdom was certainly the fruition of Anderson’s grown up depiction of children’s love and loss, it was certainly not his first foray.

In the Fantastic Mr. Fox, the relationship between teenagers Ash and Kristopherson is as central to the heart of the film as the raid of Boggis, Bunce, and Bean’s factories. Moreover, we follow the youngest character, Mr. Fox’s son Ash, as he struggles through the three stages of young adulthood: self-hatred, self-discovery, and self-acceptance. When you are in your early teens, everyone feels like an unsaveable weirdo. Wes Anderson’s films celebrate the inherent saveability of all children. He revels in showing us example after example of magically bizarre individuals, not to reduce our feeling of personal weirdness, but rather to emphasize that what makes us the strangest also makes us interesting, unique, and worthwhile. His characters don’t waste their energy fighting against their own crazy, but rather they spend it trying to figure out where their jagged edges fit cleanly into the puzzle of a world that denies its own deep-seated craziness.

What does all of Anderson’s meticulous character development, deep existential introspection, and personal-relationship intertwining bring him: Hit after hit after quirky-ass hit.

Watch them again for the first time.

Previous
Sponsored Video: VH1 presents BMW (Bieber. Money. Women.)
Next
Macklemore’s Same Love is Different Music
You might also like
One of the following