There is nothing wrong with a guilty pleasure movie. Bring It On comes to mind. So does Spaceballs. We are even partial to a hilarious romp of epic stupidity from time to time (we are looking at you Hot Tub Time Machine). But, the worst movies of all, are those that end up being unintentionally offensive. For example, think of any comedy set in occupied Germany that wasn’t directed by Quentin Tarantino. All of the films that made our 5 Most Unintentionally Offensive Movies list have one thing in common: they suck. But, unlike traditional sucky films, these five have set themselves apart by going the extra mile to insult the intelligence and sensibilities of the general public. Enjoy! 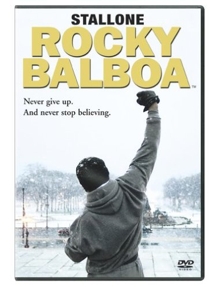 If you put any ten random people in a room together and asked them what the worst movie they have ever seen is, three of them will tell you it was Rocky Balboa. Three. Every time. That’s how bad this movie is. This movie is so bad that when you Google search “the Rocky Movies,” this film does not show up. This movie is so bad that the 60 year-old Sly Stallone boxing a man 35 years his junior does NOT detract from this film. You will believe Sly is a boxer more than you will believe Geraldine Hughes is a human being with real emotions. Most scenes in this movie are so stilted that they read like SNL skits commenting on the horrific acting.

And so Rocky Balboa makes the ‘Most Offensive’ list for lowering the standards for what we’ll call ‘a movie.’ When trash like this gets put in theaters we lose more than the $9 of our ticket purchase. We lose a bit of trust with the movie industry; That trust that they will screen out (pun!!!) the shlock and shmegma that gets made against many producer’s better judgments, and we will keep paying increasing ticket sales for whatever they put out next. After watching Rocky Balboa, I had to go home and screen Shawshank Redemption before returning to the theater for Beerfest, Borat, and Little Miss Sunshine. 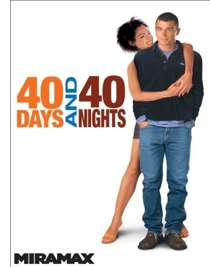 Ok. Imagine a script that goes like this. Good looking twenty-something woman in the city swears off sex following an intensely bad relationship. During this period of abstinence, she meets a new guy who she falls for. Right before she is ready to give herself to this new partner, her ex-boyfriend breaks into her apartment while she’s sleeping and has sex with her. She only wakes up as he is finishing. Though she is humiliated by what has happened, she is laughed at by her friends and shamed by her new lover.

Not your cup of tea? A little too rapey for you? Yah, agreed. Nonetheless, that is the lion’s share of the plot of 40 Days and 40 Nights except ‘the girl’ is Josh Harnett’s character. The ex-girlfriend actually does break into the guy’s apartment and rides him while he’s sleeping. The movie continues like that is no big deal. That is a big deal! When a candy-pop romantic comedy geared toward young adults plays down the seriousness of sexual assault, no matter the gender, that is corrupting what young minds see as the norm. This film makes the Most Offensive list for its lack of self awareness regarding the ramifications of what begins as a silly game and ends like an episode of CSI:SVU. 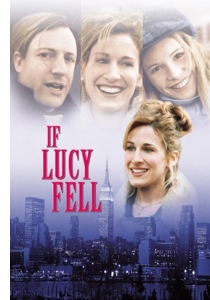 Walking out of a movie theater mid-film is an extreme move. Something has to go down seriously wrong with the film or your pants to motivate someone out of a comfortable seat in a temperature controlled room.

Eric Schaeffer’s character Joe has been lusting after the woman in the apartment building across from his. This woman, Jane, is played by Elle Macpherson. (If you are young, and are just seeing a picture of this beautiful woman now, stop what you are doing and immediately go rent Sirens (1993). Joe finds some success in the art world and subsequently ends up inside Jane’s apartment with her. As Joe makes his way down Jane’s body, Jane makes some off-handed remark about getting turned on being watched by Joe across the way.

Joe, the semi-stalker guy, was previously unaware that Jane knew he had been watching her, and this realization somehow triggers a sudden outpouring of self-righteous morality while he is head deep below Elle Macpherson’s waist. He stops, says some version of “I don’t think can’t do this,” stands up, and walks out of Jane’s apartment. Almost simultaneously, every male moviegoer in my party screamed obscenities at the screen and left the theater. (Judge for yourself, the offending scene appears below.)

Talk about breaking the illusion. There is no way in human history that a heterosexual male in the throes of passion with the girl of his dreams is going to stop said passion for any reason short of getting his unit cut off or having a parent die. Even in the later of the two situations, the funeral arrangements may have to wait another 75-90 seconds. This tear in the fabric of reality is so offensive that it ruins the entire film. Oh, and the actual plot of If Lucy Fell involves a pact to jump off the Brooklyn Bridge if Joe and his friend Lucy don’t find stable relationship partners by the end of the month. (Spoiler Alert: Shockingly, they find each other) So yah, it kinda romanticizes the hell out of suicide as well. Not cool. 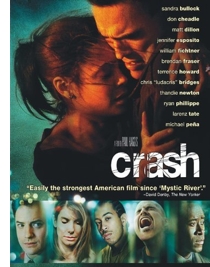 It seems ironic that the 1996 film Crash, which deals with characters who seek and act out their sexual arousal by purposely getting into increasingly violent car accidents, did not make the list. The 2006 film with the same title, however, is number one with a bullet. When this movie won Best Picture, any lingering admiration for “The Academy,” dissipated like steam through a sewer grate.

This movie intends to shine a light on the everyday racism that is still alive and well in LA. I was expecting a storyline mixed with nuance, bias, and lots of second-guessing interpersonal interactions. Most modern racism inhabits these ambiguous situations where racist behaviors can be explained away by factors other than race. Racism today doesn’t slap you in the face, but rather it consistently ignores you and waits on the white person next to you.

Crash, instead, lines up scenario after scenario of people getting pissed off at strangers and screaming a potpourri of racist slurs in their direction. An n-word here and a Latino slur there, this kind of old timey in-your-face racism just doesn’t ring true for LA in the 21st century. More corrosively, uninformed viewers leave the theater feeling vindicated that they’ve learned something about racism in this day and age, when in reality, the movie is a noisy distraction of 1980’s racism set in 2004. Lost in this garbage bag of a movie is any real education about the function of race and racism in modern day America.

This pick may be the most personal of the bunch. After a first movie that introduced a premise of immortality so appealing that even after this clunker of a movie, it still bore a successful TV mini-series by the same name. Chris Lambert’s wood-chipper of a voice aside, Highlander 2: The Quickening is a cavalcade of semi-related scenes held together by violence and ozone repairing earth shields. All of the fertile material regarding the rules and regulations that come with being an immortal are set-aside in favor of more slashing and cutting — both in terms of sword play, as well as the haphazard editing which sends the viewer bouncing around across time and space. There is a flashback to life back on the planet Zeist. Need I go on?

While The Quickening may not climb to the levels of offense that some of the earlier entries on this list reached, it makes up the gap by disappointing every movie goer who entered the theater expecting the second installment of the new sci-fi cult movie classic. Instead, the viewers were subjected to a slideshow of unrelated special effects and newly trimmed necks, which ended up decapitating this potential movie franchise.