Spot Cool Stuff recently took a visit to places in Hawaii where the hit TV show LOST was filmed. That was our way of biding time until the day the show’s fifth season arrived on Blu-ray.

Happily, that day has come!

The Blu-ray version of LOST’s latest season includes all the extra features that the DVD version does including bloopers, deleted scenes, audio commentaries, Dharma Initiative videos and behind-the-scenes shorts. In addition to that, the Blu-ray discs include “personalized courses” packaged together as a self-described LOST UNIVERSITY. Go Fighting Polar Bears! And, just like DeVry University, no applicant to LOST is turned away.

So what’s on the curriculum at the LOST? Video courses include:

• ANCIENT WRITING ON THE WALL: An overview of the culture and history of ancient Egyptian communication through hieroglyphics, with an emphasis on those concepts incorporated into LOST episodes.

• JUNGLE SURVIVAL SKILLS: Before your next plane trip you may want to learn these deserted island survival techniques. 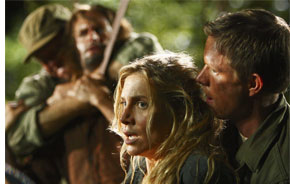 If that’s not enough for you, or if you are a hardcore LOST fan, there’s an The Unofficial Guide to LOST Season Five available in paperback that reveals all manner of interesting facts and background to the literary, philosophical and historical basis of LOST.

Or, better still, spring for Fifth Season Dharma Initiative Orientation Kit, which includes all the Blu-ray discs as well as bonus materials like the full Dharma Initiative orientation manual, security protocol overview and barracks maps—all in a snazzy binder. See photo below.

If you are new to LOST you needn’t be left out—Amazon is offering a deep discount on the complete series to date, seasons one through five.

Find whatever LOST season five materials work best for you soon. The sixth—and last—season of LOST begins on February 2nd, 2010. 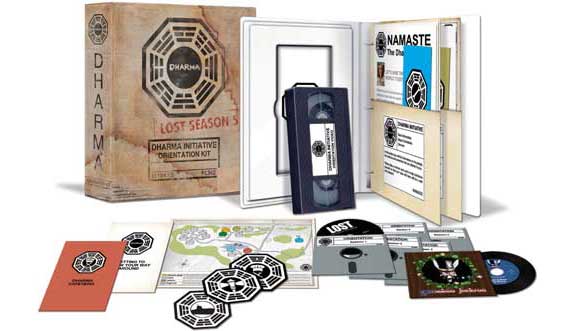