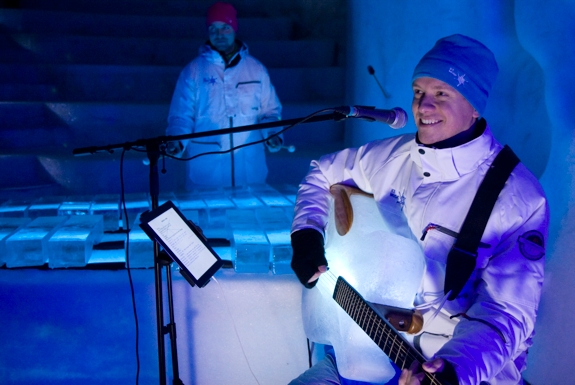 Ice and music. Depending on your age, those two words might conjure up the infamous 80s band Vanilla Ice and their hit “Ice Ice Baby” or the more recent rendition of the song by North Carolina school administrators announcing a snow day. But what’s really too cool (too cool) is the Swedish musical group aptly named Ice Music, whose instruments are carved out of ice.

Aside from strings and wooden fret boards, the ICEstruments – including violin, viola, cello, contrabass, banjo, mandolin, guitar, drums, xylophone and rolandophone – are made entirely out of ice, hand carved by Ice Music’s founder Tim Linhart. Incredibly fragile, many of the instruments hang from the ceiling during concerts so as not to be melted by their musician’s body heat.

It’s no surprise then, that this orchestra – which plays classical, world, folk and pop music – makes its home in one of the coldest places on earth, Luleå in Swedish Lapland. And, holds its concerts in what may be one of the coldest indoor musical venues in the world: The group plays in a concert hall that it calls a “gigantic cosmic igloo” and is kept at -5 C degrees. (The group’s website instructs audience members to wear three layers of winter clothing, plus hat and gloves.) 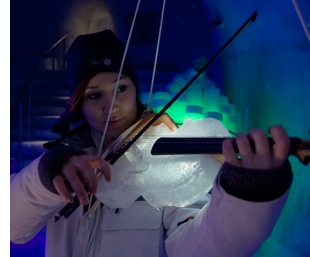 Both the instruments and the concert hall pulsate with colorful LED lights. Yet, the music is not just a novel art form. The instruments are correctly tuned, meant to play melody, harmony and rhythm, and produce a “crisp, rich and energetic sound,” according to sculptor Linhart, who has worked as an ice artist for 30 years and came to Luleå ten years ago to build one of the world’s first ice hotels. He creates the fragile instruments anew at the start of each season, crafting them at home in his garden. The concert hall also is constructed to give both good acoustics and the best environment for the delicate ICEstruments, with ventilation designed to keep the audience’s warm breath from increasing the hall’s temperature.

For those who delight in cold climates, you can book tickets here (or in Swedish, here) to any one of the upcoming two dozen concerts at the frozen hall, which is situated at Gültzauudden- a nature park about 15 minutes walking distance from Luleå. You can even take your love of ice to a new level by being wed in the cosmic igloo with up to 170 family and friends attending. But don’t wait too long, come April, ICEstruments (and their venue) melt away.

Listen to a music sample, watch a video and see more pics — all below.

Ice Bars . . . In Warm Places
Reviews of the Best (and Warmest) Socks for Travel
Take a Chance on Stockholm’s ABBA Museum
Review of En Bit På Väg by CajsaStina Åkerströms 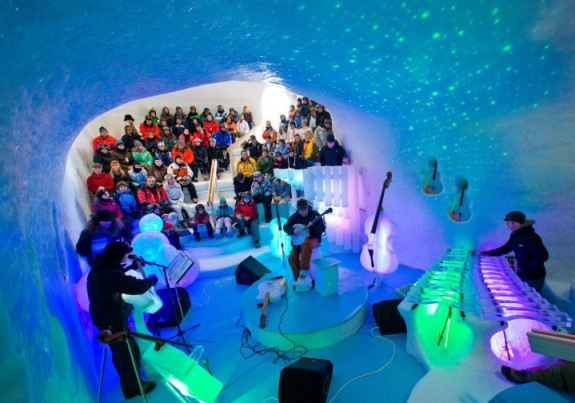 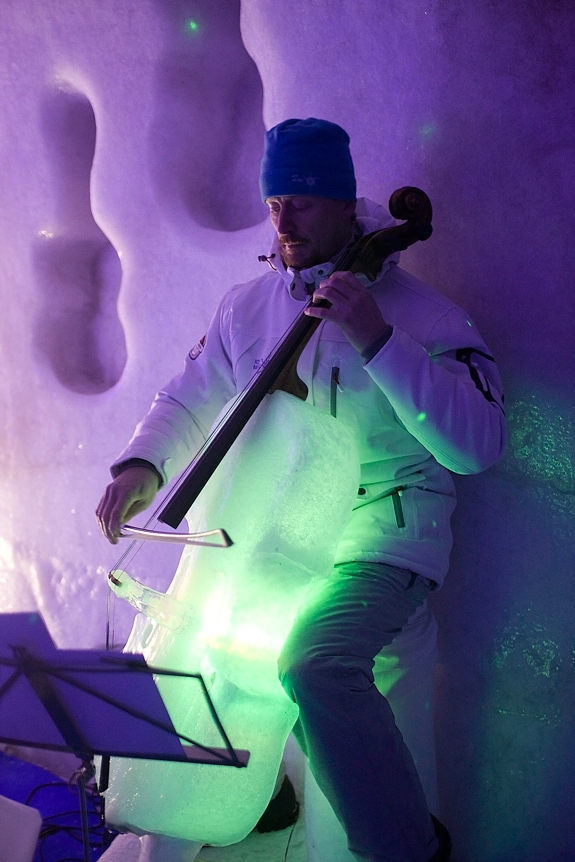 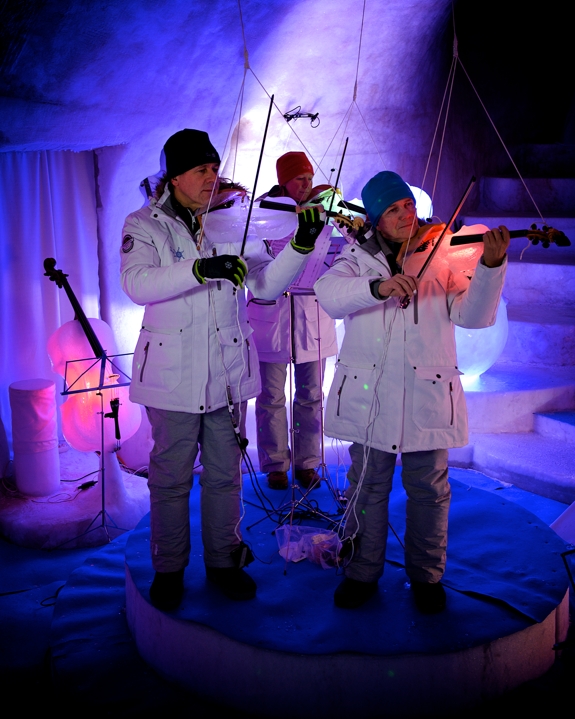 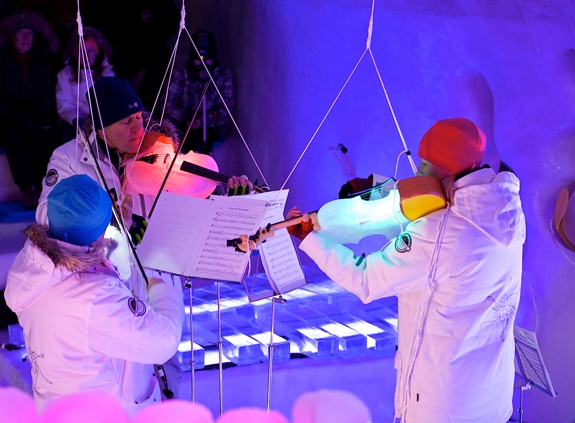 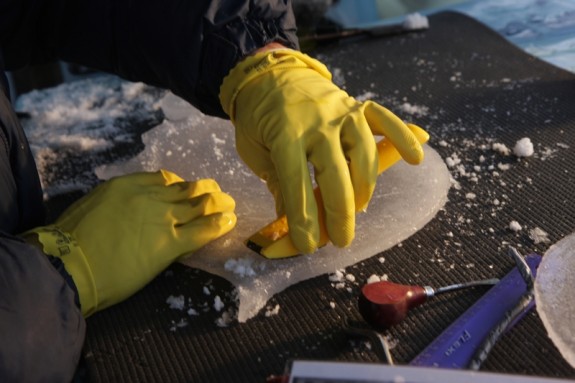 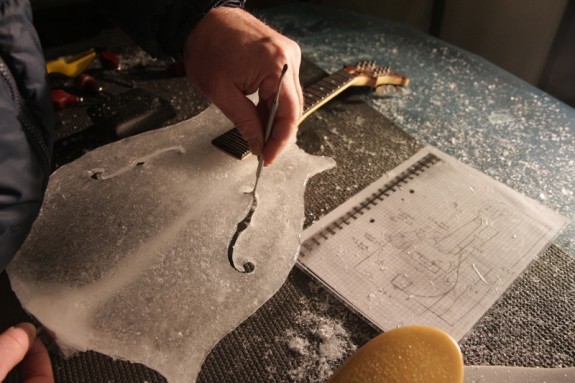 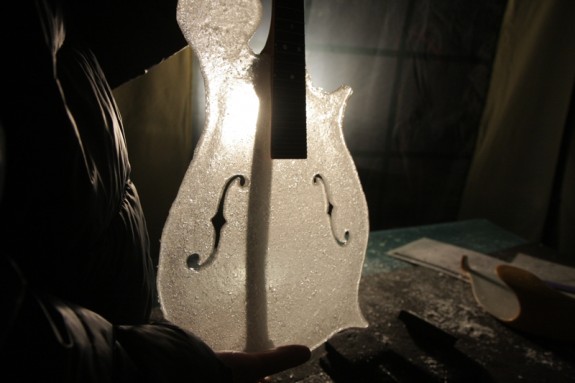 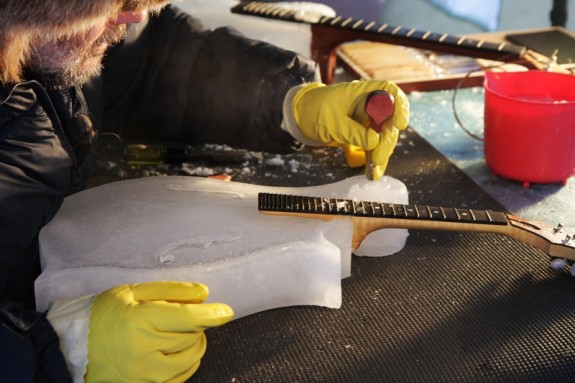 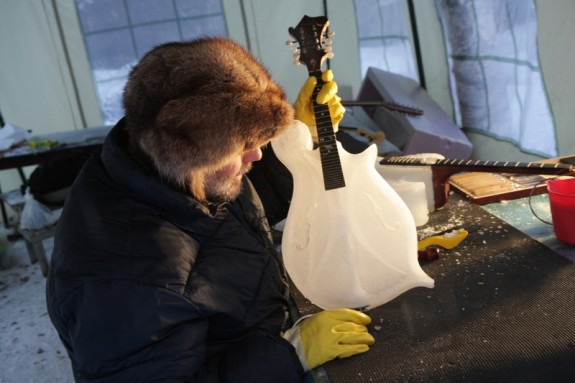 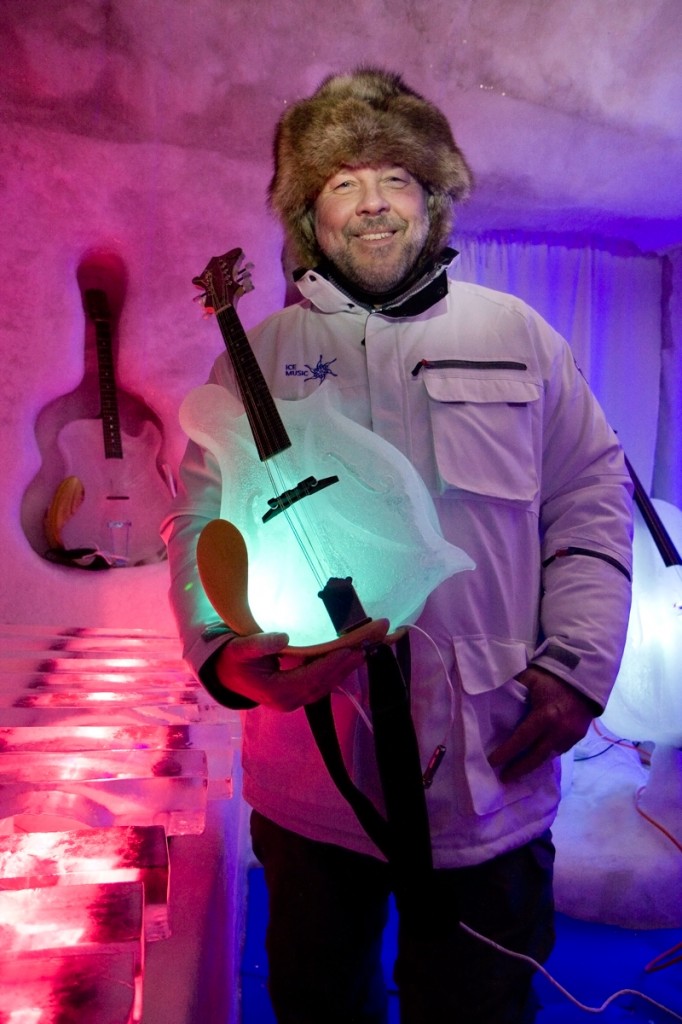