For years now there have been good skateboard video games out there (the Skate series by Electronic Arts being our favorite among them). But there’s something ultimately unsatisfying about controlling a virtual skateboarder by way of a joystick. Even Skate, which is a truly fun game, is really just glorified driving game with a skateboard on the screen instead of a car or motorcycle or whatever.

The new Tony Hawk: Ride offers to change that—the game for the Wii, Xbox 360 and PlayStation 3 comes with a physical skateboard controller. 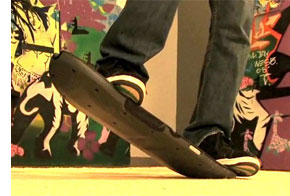 So, good news first: The Tony Hawk: Ride skateboard is solidly built and feels great underfoot. It isn’t like the dubious skateboard attachment to the Wii Fit Balance Board that feels cheap and plasticky. The Tony Hawk: Ride board is very much like a real life wheel-less skateboard. The board is curved in the front and back and senses not only back and forth foot motions but also side-to-side and hand motions.

Now the bad news: The board doesn’t work seamlessly. Or, we should say, it didn’t work as seamlessly as our (overly lofty) expectations thought it would. Sometimes it did, usually even. But on occasion the board would register a different action than the one intended. (This was particularly true of the hand motions). Every now and then an action wouldn’t register at all.

Given that is Tony Hawk: Ride worth buying?

For kids, absolutely. It happens that the board works best on the child-friendly Casual mode during which the virtual skateboard is automatically steered leaving the player to concentrate on doing tricks. Kids (eg. around 12 and under) will have a blast flailing around making their virtual Tony Hawk spin, jump and fly around.

For hardcore fans of skateboard video games Tony Hawk: Ride is probably worthy investment too, particularly for the Xbox and PS3 systems that don’t offer any comparable gaming experiences. If you are in this group set your expectations a little low and remember that the board works best on a thin non-shaggy carpet.

For everyone else, you may want to wait until the next version of Tony Hawk: Ride comes along. Spot Cool Stuff has no inside information that there will be a second version, but this game has so much potential that we have to imagine that there will be. In the meantime, you can always go out and buy a real skateboard.

Related posts:
The Coming Nintendo Wii Football Controller?
The Magic Wheel (Sort Of) Skateboard
TV Can Make You Smarter
The Best Inexpensive HDTV Sets
The Best of YouTube in Four Minutes
8 Highly Unusual Items You Can Buy on Amazon.com – really! 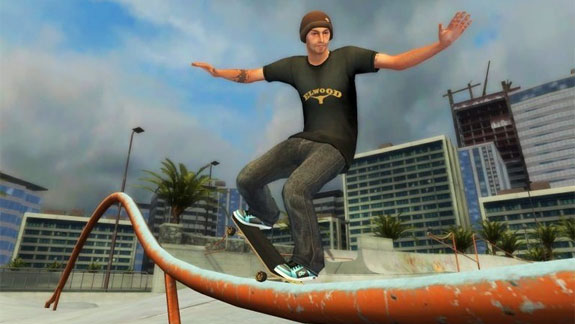 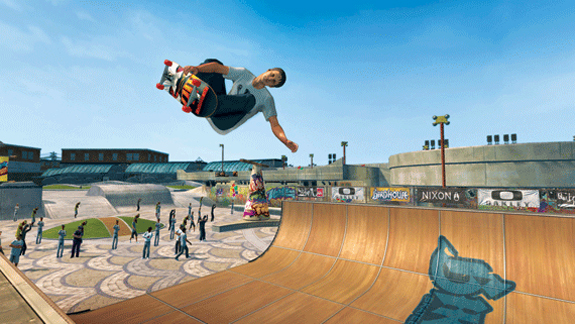 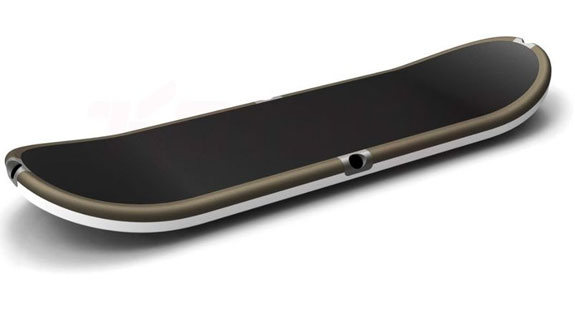 Previous
Working iPhone Costume? There’s an App For That
Next
The Website Where Kids Design Their Stuffed Animals

Previous
Working iPhone Costume? There’s an App For That
Next
The Website Where Kids Design Their Stuffed Animals
You might also like
One of the following