Board game purists beware: board games are becoming more commercialized and more high tech. Monopoly now comes in a version in which players electronically pay their rent using a pretend credit card. Rather than visiting a bingo hall or a chess club, you can now play online on sites like FoxyBingo or PlayChess. And an assortment of board games now incorporate a television and a DVD. 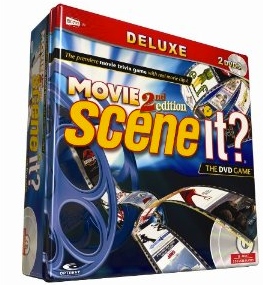 The huge franchise of Scene It games are available in surprising variety of cinematic themes, from classic movies and Disney films, to Twilight, Star Trek and television shows like Friends and Seinfeld. The object is to make your way around the board by answering questions posed after watching clips on the DVD included with the game. The questions range from identifying a character from a quote to predicting what happens next in a scene. One needn’t be a film fanatic to play, though. Superlative memory, creativity—and sense of humor—often comes out victorious.

If you love horror movies you’ll likely love Atmosfear too. This spooky interactive board game sees a menacing creature appear on the screen, giving you instructions and forfeits throughout the game. The aim is to collect as many colored keys as possible so you can enter the ‘Well of Fears’. You have 50 minutes to complete the game otherwise you all lose. The DVD shows a clock ticking down on the screen, as well as playing eerie music which gradually gets louder as time begins to run out. It is the perfect game to play on Halloween—or when you just want a good scare. 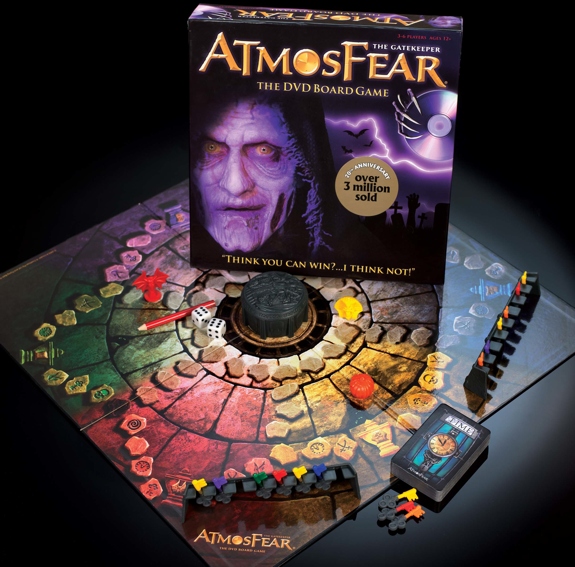 Khet is one of those rare board games that’s incredibly easy to learn but incredibly hard to master. It’s also incredibly fun. Often—and inaccurately—described as “laser chess,” Khet does not require any chess knowledge to play. (Though the game does involve a laser). The basic rules are so easy we can explain them here:

On their move, players select one of their pieces and either rotate it or move it to an adjacent square. Then they fire their laser. If the laser bounces off a piece’s mirror, that piece is safe. The first piece the laser hits without bouncing off—whether it belongs to you or your opponent—is eliminated. 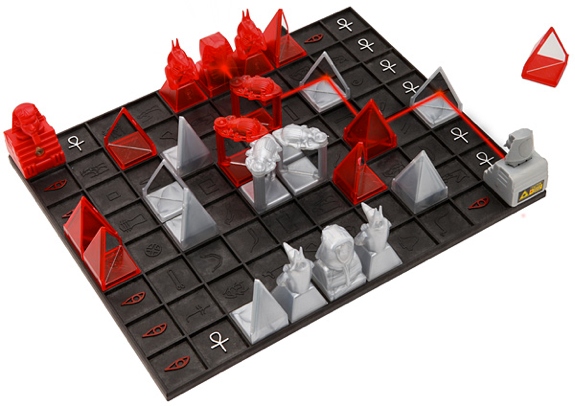