That’s how many a story begins. But what comes next?

Rory’s Story Cubes can help come up with an answer. And do it in a fun way. 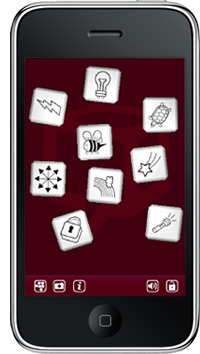 The idea is simple: Story Cubes consist of nine dice each with six different images.

In its game form these dice are used by a group to concoct a story. Once upon a time . . . and then the first person rolls, say, a bumble bee and has the task of furthering the story . . . there was a young bee named Bumble. One cloudless night he looked up and wondered what it would be like to fly to a star. So he . . . and then the next person rolls, say, a lightening bolt and continues the tale.

There are other games to play with Rory’s Story Cubes. In the “Sequential Challenge,” for instance, each member of a group has to weave a story that connects the rolled images on all six dice. Story Cubes can also be used in foreign language conversation exercises and to provide a way around writer’s block (even when what you are writing is a review of Story Cubes). The Story Cubes website gives other suggestions.

Story Cubes also also available in iPhone app form for US$1.99. Although this may be one of those rare cases Spot Cool Stuff prefers an old-fashion, low-tech approach—we think there’s something higher quality about having the physical dice sparking imagination.

Either way, whether in virtual or real form, Rory’s Story Cubes are an entertaining, creative way to move on from Once upon a time . . . . 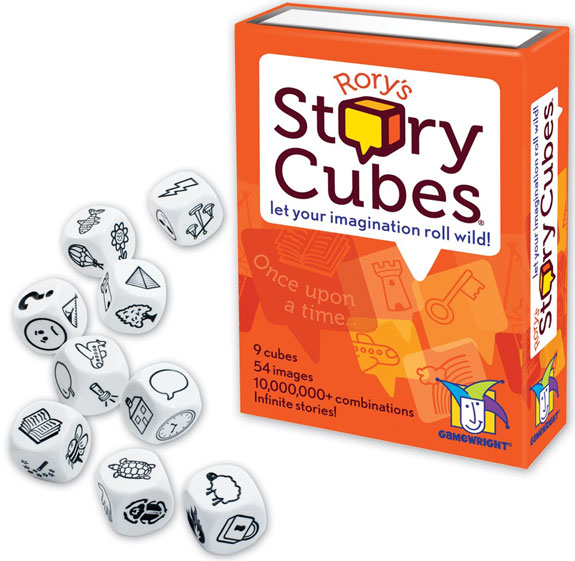 Previous
Cute Girl. Catchy Dance.
Next
12 Cool LEGO-Themed Products
You might also like
One of the following