Users of Apple iPads and iPhones downloaded more than 5 million mobile applications from the iTunes app store last month. About that many apps were downloaded by users of Android tablets and smartphones. A million or so more went to Blackberries and devices running other operating systems.

Among the people who were struck by the high—and fast increasing—popularity of mobile apps: toy makers. Increasingly, toys are either designed to be used with an app or are inspired by them. Here’s our review of five especially cool ones:

Spot Cool Stuff, having spent a collective chunk of our youth in the 80s and 90s playing arcade games, absolutely loves the iCADE. This cabinet turns an iPad into miniaturized version of a classic arcade gaming machine.

The iCADE was first conceived as an April Fool’s joke by the cool folks at ThinkGeek. Turned out, the joke was on them. Demand for a real iCADE proved so great that ThinkGeek felt compelled to make it a real.

The iCADE case itself has a joystick and buttons that are the same size and feel as those that the classic arcade machines had. The case connects to an iPad (either the original or an iPad 2) via Blutooth. You don’t need to put a quarter into the iCADE’s slot. But there’s no need to tell your friends that when they ask to play. $99 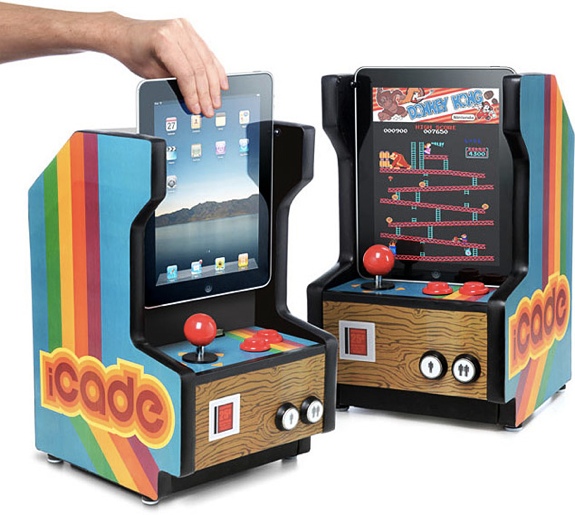 Time was, popular board games might inspire a video version. Today, popular smartphone games inspire board versions. And no smartphone game has become more popular than the Angry Bird series. (Inexplicably so, in Spot Cool Stuff’s opinion. We far prefer Plants vs Zombies, available for both Android and the Apple iOS).

The board game version of Angry Birds is aimed mostly at kids; they’ll likely enjoy it even if they’ve never seen Angry Birds played on a smartphone or tablet. Parents are unlikely to love this board game, but it probably won’t make them crazy either. One nice feature of Angry Birds: Knock On Wood is that kids across a wide range of ages (from around 3 to, say, 13) seem to like it. What parents doesn’t like that? $26 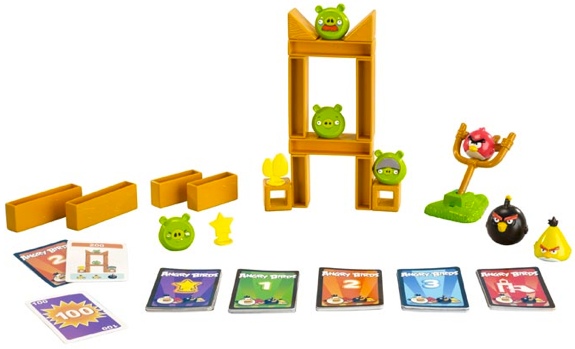 Sure, there are plenty of remote control helicopters that come with an old fashion controller. But how much cooler is it to maneuver a toy helicopter using an iPhone? The Helo TC Helicopter comes with an adapter that clips onto an iPhone (or iPod touch or iPad) and plugs into its audio jack. With that—and the free Helo app—you can control the helicopter directly from an iPhone. The controls are straightforward and basic flying is easy. More advanced flying like, say, navigating an office obstacle course can take some practice. Not that your gift recipient will mind putting in the time. $45 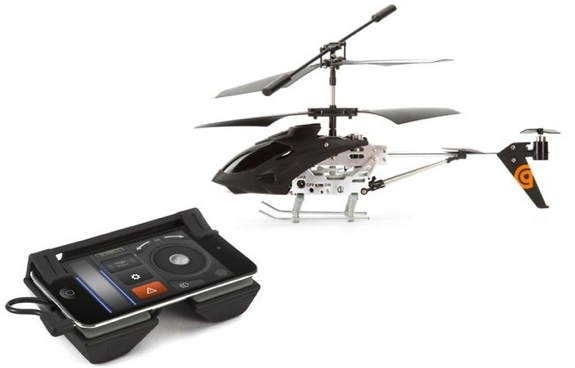 By the way: If you like your iPad-navigated vehicles to be closer to the ground check out our review of the Rover Spy Tank. 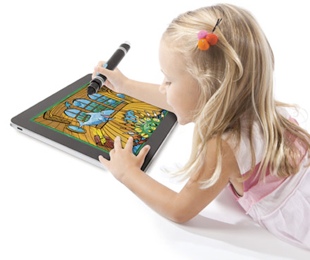 The iMarker Digital Stylus from Griffin Technology—together with the free Crayola ColorStudio HD app—turn an iPad into an amazing coloring book. Most kids favorite activity using the iMarket Digital Stylus will be coloring in the animated coloring, which are like the normal print book coloring pages except the scene moves cartoon-like after a child is done coloring it. There’s also a free sketch mode. Artistic creations can be emailed, shared on Facebook or printed out.

Spot Cool Stuff has tried out several toys that involve physical pieces interacting with a play area on an iPad. The unnecessarily Pixar-branded Cars 2 Appmates from Spin Master is the best of them. The game involves sliding mini-cars around a virtual iPad world. Players can race, navigate obstacle courses and complete missions. Needless to say, an iPad screen protector is highly recommended. Check it out in the video below. 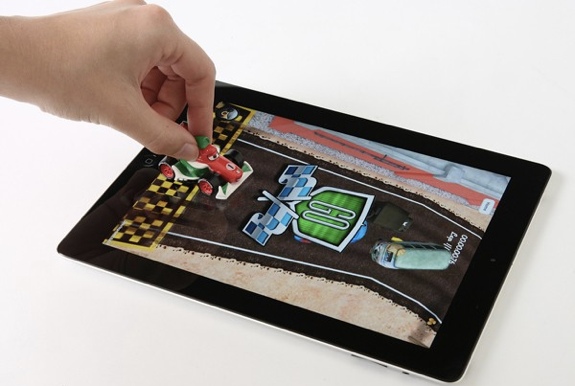 Previous
The (Not For Parents!) Travel Book
Next
Sponsored Video: The Beauty Inside
Leave a Reply Cancel Reply

Previous
The (Not For Parents!) Travel Book
Next
Sponsored Video: The Beauty Inside
You might also like
One of the following